We provide support, assistance and referrals; encourage the development and continuation of strong resident & family councils; and advocate for responsible public policy. 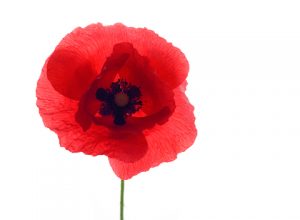 We operate a toll-free help line 24 hours a day, 365 days a year, to assist anyone with long-term care issues.

We are a voice for residents and their families on the local level by working with residents, family members, local ombudsmen, local area Agencies on Aging, and County Commissioners to remedy problems in long-term care.

We serve as members on state level committees and attend state level forums to ensure the resident’s point of view is heard and considered when decisions affecting long-term care are made.

We maintain email listserves at no cost to participants for our members and for Family Councils to communicate with each other.

Legislative Action… When all else fails, we pursue legislative solutions and have found that it is wise to keep a close eye on proposed laws & regulation changes that might adversely affect people who need long-term care services and their families and friends. To that end, we have a hardworking legislative committee that not only watches what is happening in our State Legislatures, but also brings proposals for needed new legislation to our lawmakers.

We monitor national trends in long-term care through our participation in various national long-term care organizations including the Coalition for Quality Care and the Assisted Living Consumer Alliance.

We provide input to federal agencies and Congressional Committees on the impact their actions and decisions have on people who need long-term care services and their friends and families.

As much as possible, we follow this sequence in our all of our advocacy work.  We advocate both for individuals needing assistance with care issues and for changes in laws, regulations, and policies that negatively impact people needing long-term care services and supports.

We determine whether we, as Voices, and the individuals or groups involved are committed to finding a solution

In the case of a violation of a state or federal law or regulation, we seek immediate enforcement.

In all other cases, we negotiate with the decision-makers to find a satisfactory solution to the problem

When steps 1-4 do not produce an acceptable solution, we begin direct advocacy actions including alerting media

Very often, we end such actions with a new mutual respect on all sides and a far better working relationship

Sometimes, this is not possible.  However, we do what is necessary to protect the interests of our people.

Voices for Quality Care has members not only in Maryland and the District of Columbia where we actively advocate in person for both individuals and for systemic changes,  but also in many other states from Washington to New York. We are also proud to count among our group members Resident and Family Councils in a number of long-term care facilities. The more members we have, the more influential our voice. Membership is free. Join us today!

Jackie is a native Washingtonian (DC) and the second of three children. Jackie attended primary, secondary and high school within the District of Columbia. As well, Jackie received instruction at two local business colleges and attended Howard University, majoring in Business Administration. Currently, Jackie resides in Prince George’s County, Maryland of which she has been a resident since 1977, and she is presently employed by a community justice agency with the State of Maryland.

Having received family home care for about three years, Jackie’s mother became a long-term care resident of a nursing home from October 2001 until her death in August 2009. Jackie relates that her actual involvement with advocating for nursing home reform, protecting residents’ rights, holding nursing homes accountable for the delivery of consistent quality care and services was realized via her experiences dealing with nursing and custodial care issues encountered at the nursing home where her mother was a resident. Her strong advocacy, on behalf of her mother, was generally unwelcome; nevertheless, it did not alter her primary objective. Jackie was initially unaware of the horrors taking refuge within the confines of such facilities, which enhanced a thirst to educate herself as to those laws and agencies governing nursing homes. Although frustration and anger were the catalysts for her self-education, Jackie credits her advocacy evolution to her Family Council Chairperson and to the members of Voices for Quality Care.

Jackie’s primary focus, as a Voices’ Board Member, has been to support nursing home residents and their families in resolving issues by meeting with nursing home administrators, their staff and the local Ombudsman by which to implement a progressive care plan focusing on consistent quality care; protecting residents’ rights; monitoring signs of neglect and medicine errors; ensuring adequate facility staffing, coupled with short-term follow-up contacts. Jackie is committed to the belief that, “it is not so much about the time period in which care is administered (to the resident) as it is about the quality of the care administered within that time period.” And, just like Voices, until this concept becomes universal, Jackie vows to stay the course.

s a BS and an MS from the Ohio State University. She taught students with hearing impairments from pre-school through high school in several states for 30 years. After retirement, she became involved in the issues that evolved from seeking quality care and a reasonable quality of life first for her father and then for her mother-in-law who both spent time in nursing homes at the end of their lives. Through these experiences Kate realized that regardless of how diligent individual families and facility family councils are, they cannot begin to address most of the issues that actually drive both the quality of care and the quality of life in long-term care settings. She was one of the four original founders of Voices for Quality Care (LTC), Inc.